Something I regularly do, is review security against attacks and remediate if required.

This example is a simple SQL injection attack.

There is a few things in addition to code which can either prevent, log or alert this activity. Some examples listed below

Example: Web Site – SQL injection in the username of a web portal

One of the many firewall rules in place blocks SQL injection and the platform restricts special characters being used as usernames.

We have a storage account, “StorageV2 (general purpose v2)” and its can be accessed initially from all networks. We now want to restrict the storage access to an approved network location.

ESXi 6.7 – vSphere handling all the port groups tagged with VLANs

Problem : New ESXi 6.7 hosts. A virtual machine if on the same host and vSwitch could communicate no problem. However if a virtual machince was communincating with another virtual machine on another host on a different, subnet they were unable to communicate between subnets and hosts. Both virtual machines could ping their local gateways. Firewall, CISCO ASA was just dropping all packets and showing the following error

Sometimes its the simple tick box on the Firewall / ASA config

All traffic started communicating and the virtual machines could talk between the subnets as per the rules on the Firewall. 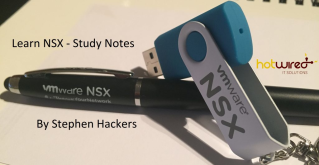 A useful feature, help prevent rouge systems connecting in to your network by pretending to be another server. An approved list of authorized servers is generated on IP, MAC. This is a separate feature from firewalls. My understanding it would increase security alongside firewall rules. See VMwares description for further information

HA – Loose the Primary node and the secondary takes over. Existing connection then need to reconnect.

DNS – Edge will forward DNS requests to the DNS server